Standing beneath a magnificent eucalyptus tree atop Waimea Valley on the island of Oahu, Krystal Watkins and Anthony Chiatello pledged their eternal love before their dearest friends and family members. Hosting a destination wedding at Sunset Ranch, an exclusive 30-acre estate on the North Shore, felt like returning home for the bru- nette bride who grew up in Hawaii. The young couple planned all of the details of their decidedly laid-back celebration from their home in San Diego, Califor- nia. Both Krystal and Tony wanted to be married outdoors, and Sunset Ranch’s spectacular ocean and mountain views of the northwestern most side of the island captivated them from the start. “The second I saw the eucalyptus tree I knew I wanted to get married beneath it,” says the bride.

The couple made sure it was a worthwhile journey to Hawaii for everyone, entertaining celebrants throughout the week preceding the wedding day. One special evening, the bride and groom’s family hosted a rehearsal dinner at the Ke Iki Beach Bungalows where out-of- town guests became acquainted over island fare and tropical cocktails. The mother-of-the-bride hosted an intimate afternoon tea party at her home for Krys- tal’s bridal shower. The couple’s stay at the oceanfront Ke Iki Beach Bungalows ensured that they were relaxed and officially on “Hawaii time” when their wedding day arrived.

On June 25, 2011 guests strolled the pristine grounds toward the Sunset Meadow for an afternoon ceremony. The day began with ominous clouds foreboding rainfall but as Krystal walked down the rose-petal aisle on her father’s arm, the sky opened up. “It was almost surreal the way the storm had turned into a light mist,” Krystal says. “That moment was really magical.” Krystal was an elegant bride in an ivory gown by Demetrios with a feminine sweetheart neckline. She wore a birdcage veil and whimsical feathers in a bun of loose curls. Chartreuse green satin heels added a dash of the unexpected to her vintage look. She carried a lush bouquet of ivory and blush roses, while her bridesmaids held tropical green bouquets against chocolate brown chiffon dresses by J.Crew. Tony was a handsome groom in a stylish brown plaid J.Crew vest paired with a pale green tie by Penguin. Homespun mason jars containing a lime green floral burst hung from the ceremony chairs. The altar was marked by two pillars of woven vines and ivy topped with bundles of lime green and white hydrangeas. In a heartfelt ceremony, Pastor Rob Lloyd pronounced the radiant couple “man and wife.”

Photographer Rachel Robertson stole a moment with the newlyweds in Sunset Ranch’s 10,000 square foot riding arena and barn for a country-style photo op amongst straw bales and horses. Tony and Kyrstal’s vision for an al fresco vintage dinner party prevailed under a grand white tent glowing with candlelight at the Sunset Vista. The bride worked closely with wedding coordinator Gina Ornellis to arrange all of the organic details of the reception. Long family-style tables were covered in crisp white linens with chartreuse green runners. Wine bottles were wrapped in burlap and tied with brown and white striped ribbon to serve as creative table numbers. Celebrants received fortune cookies dipped in chocolate, bearing a special message of thanks tucked inside. D'lish Catering prepared a fresh mix of lo- cal seafood and island delicacies that suit- ed the affair perfectly. 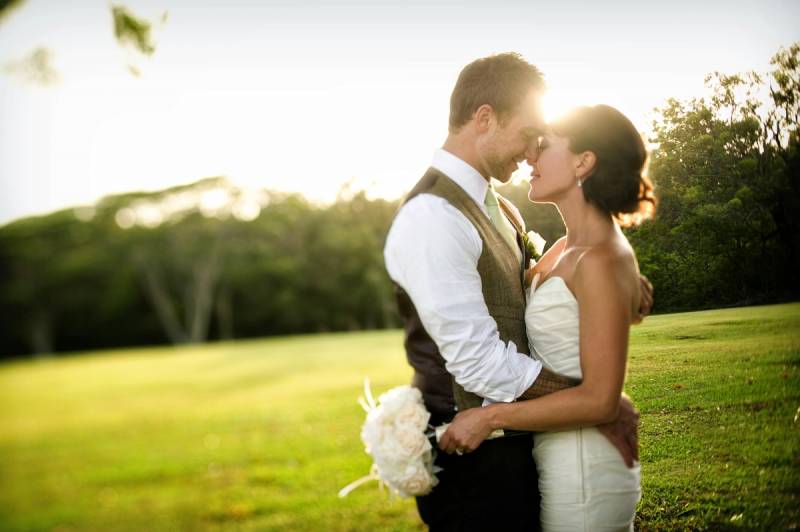 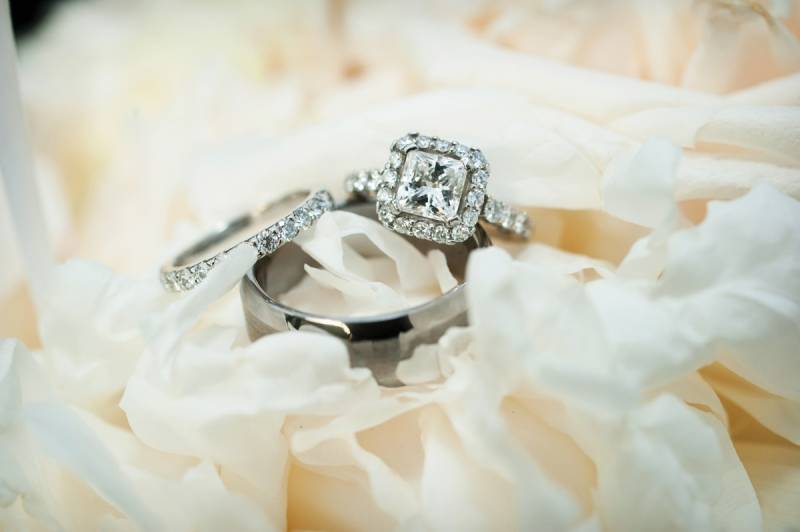 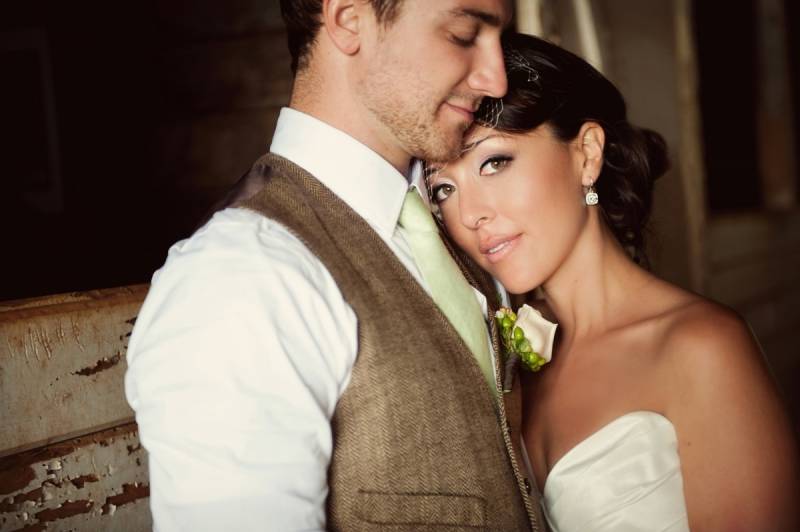 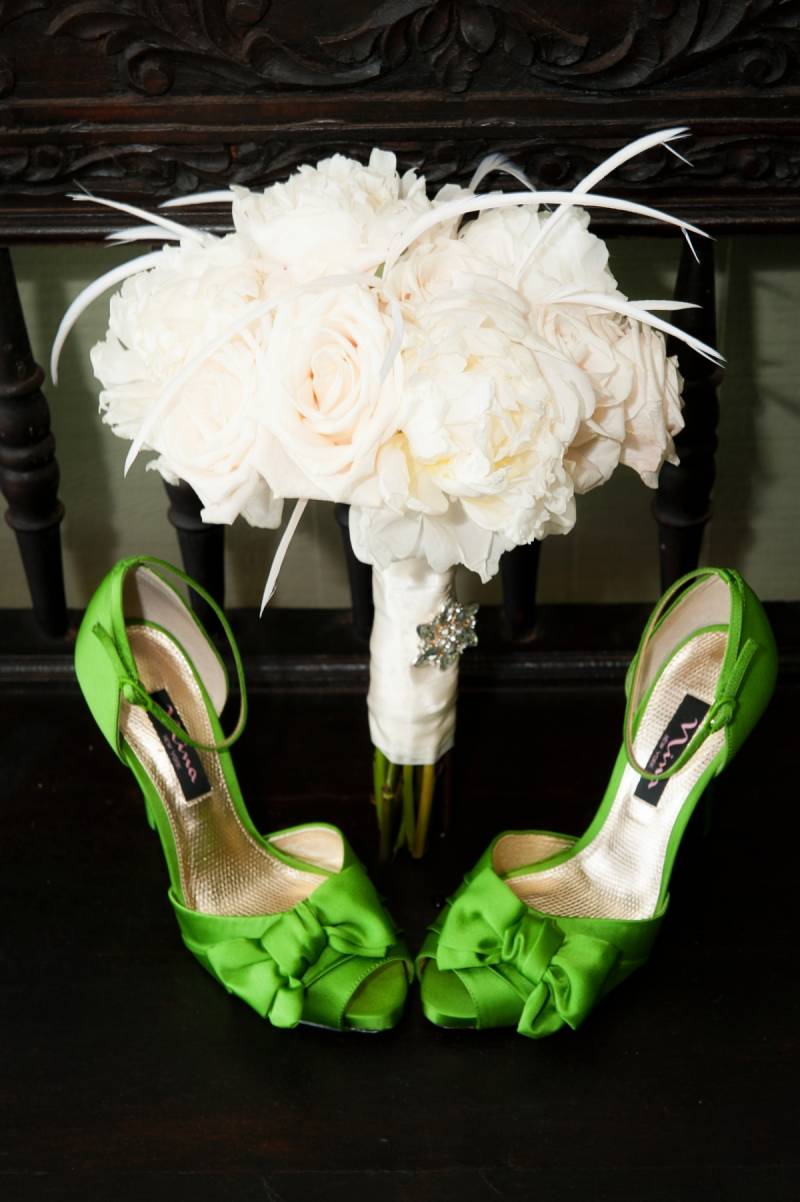 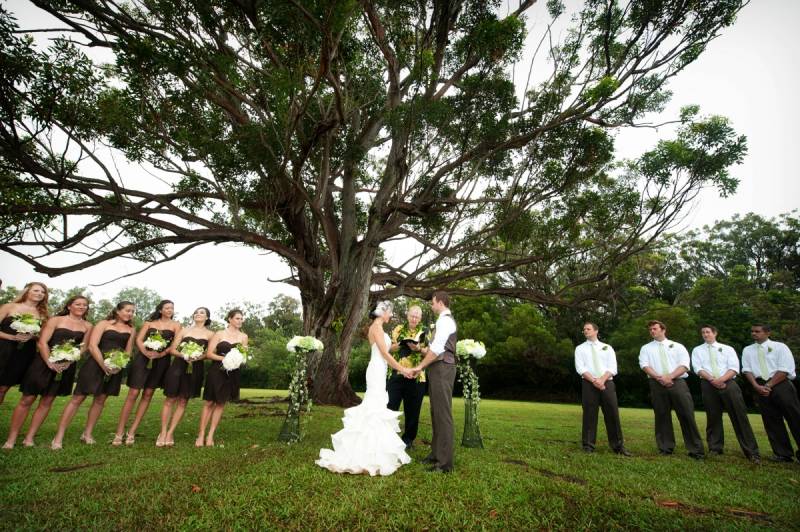 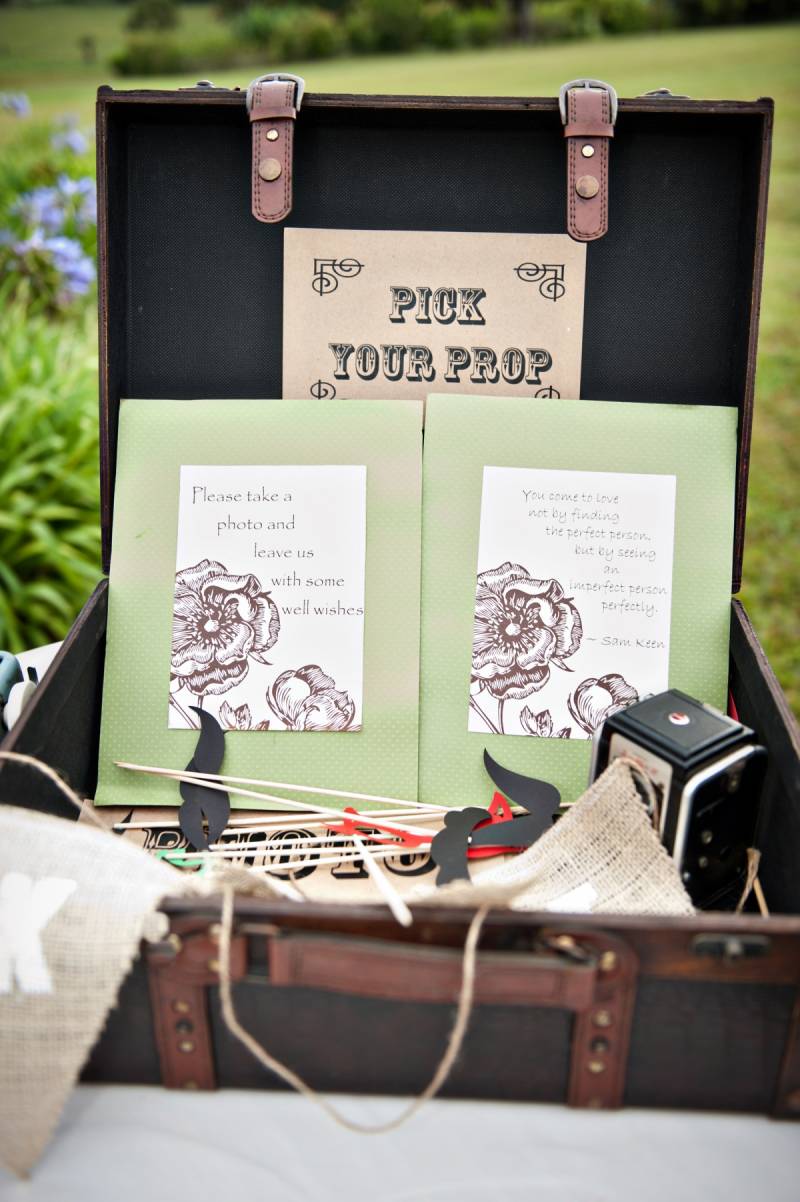 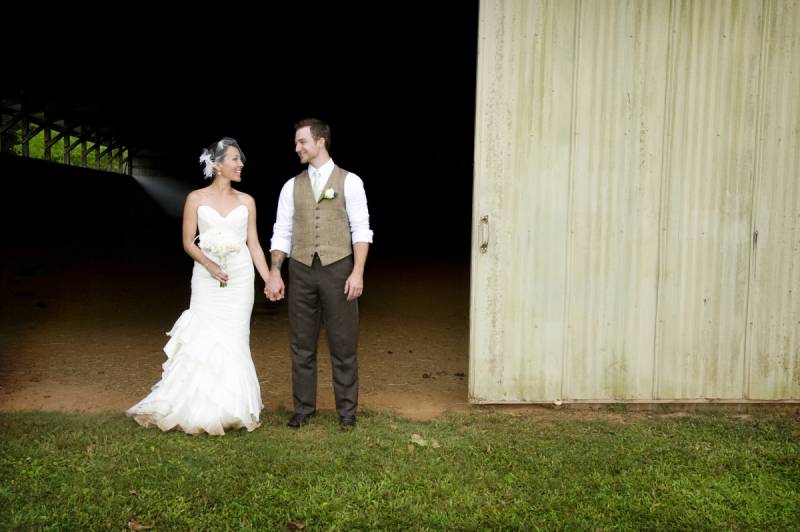 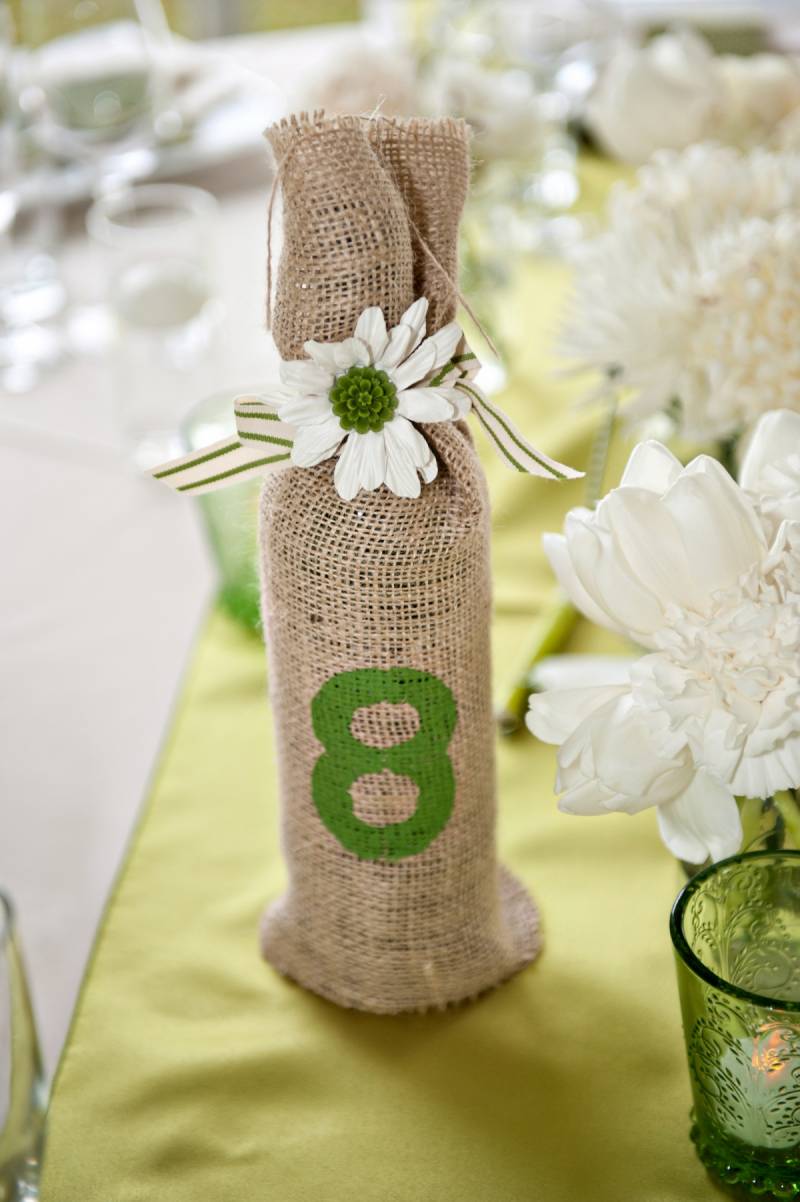 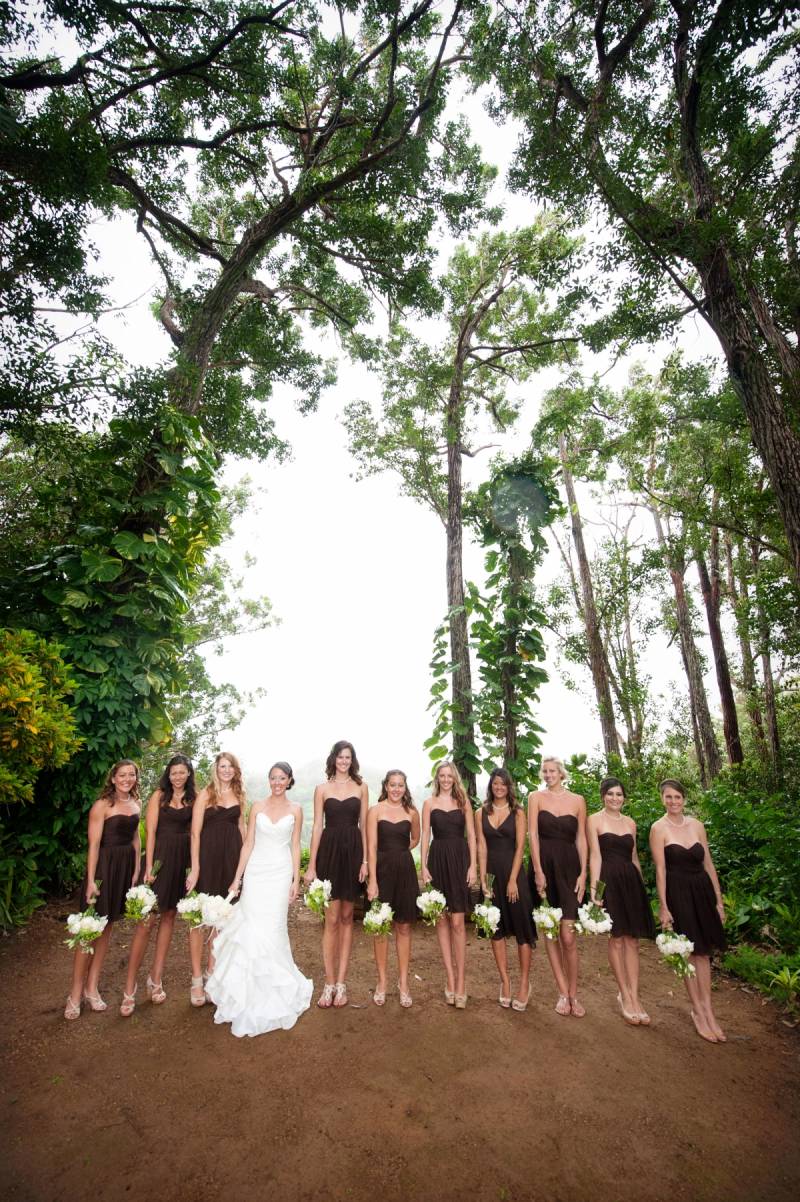 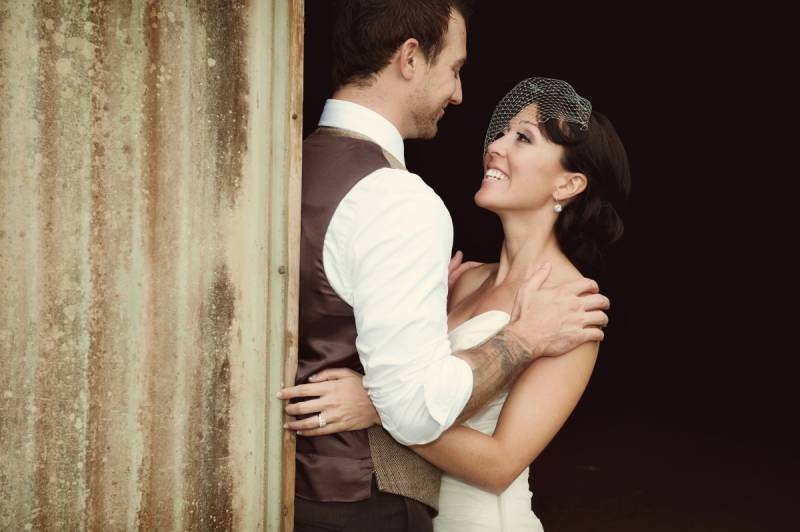 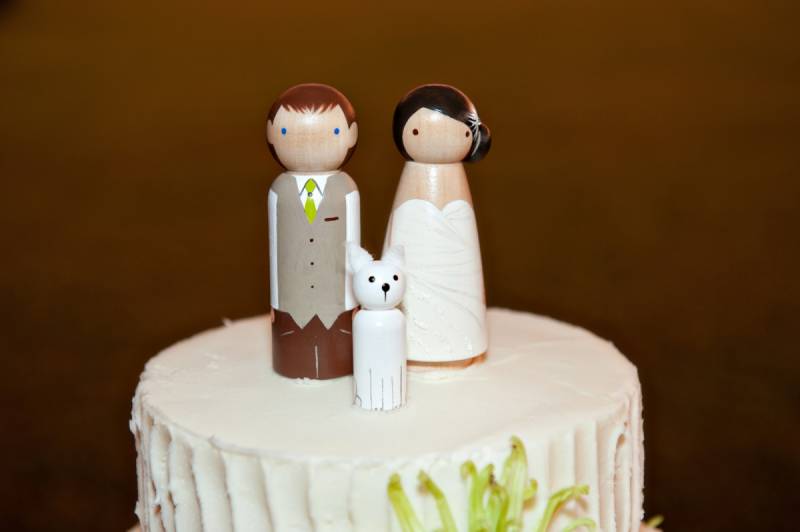 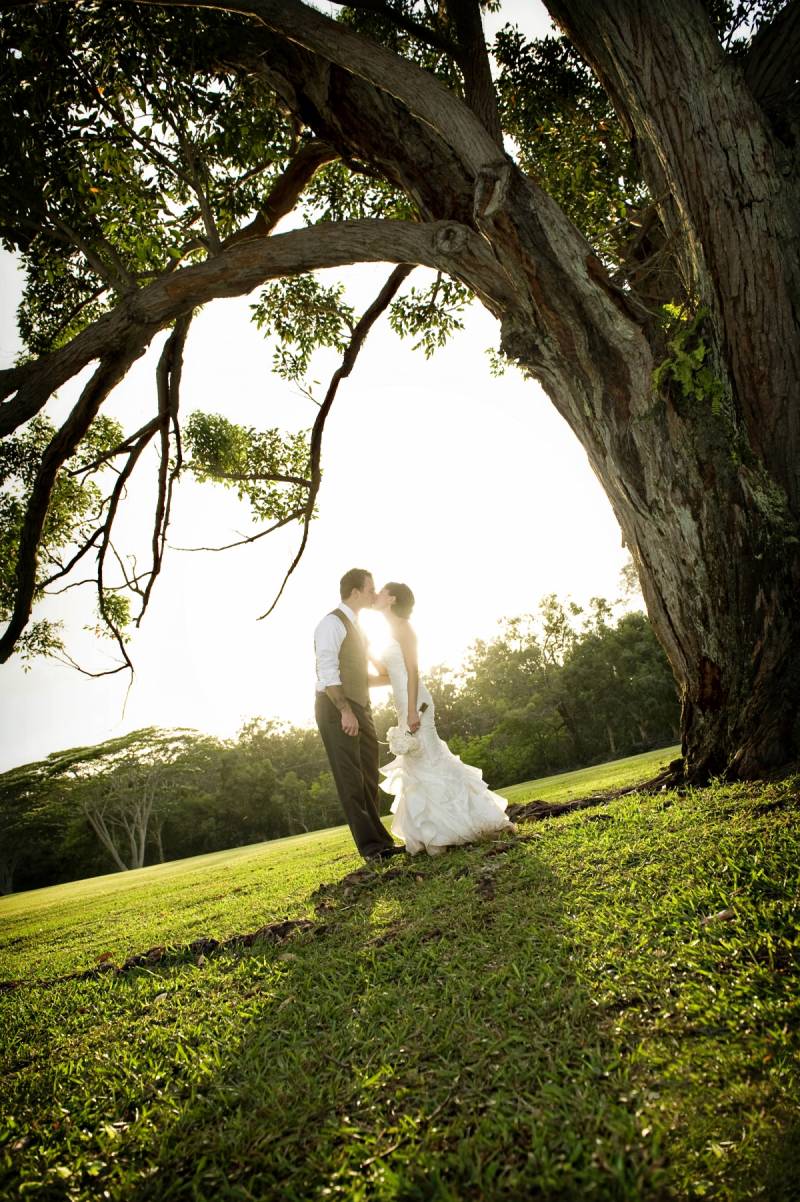