A Reception At Sea

Caitlyn and Sea are connected with the ocean in more ways than one. Sea is the son of a sailor (hence his name), and he now serves in the Marines. His childhood hometown of Lahaina, Maui, lies right along the glistening Pacific. It was only fitting that such a monumental symbol in his life was present during the union between him and his beautiful wife Caitlin.

The couple was married on New Years Eve at the historic Lahaina Prison grounds in Old Lahaina Town on the west end of the second largest Hawaiian island. The entire day was filled with family and childhood friends from both the local area and from the East Coast. After a sweet and simple ceremony in a tropical oasis  bursting of bright florals and geometric greenery, the entire wedding party headed to the water for an evening cruise. Caitlin and Sea held their reception on the water to watch the sun set over the great Pacific. Maui wedding photographer Wendy Laurel captured every joyous moment of laughter and love throughout the entire day. 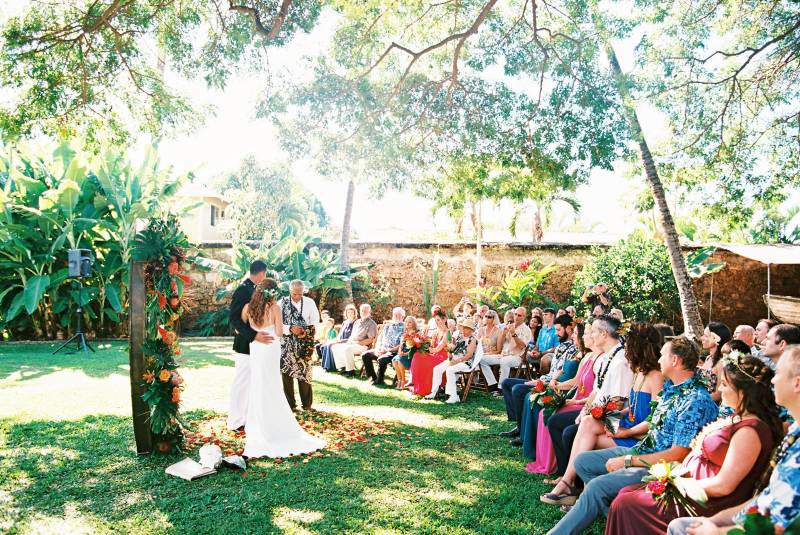 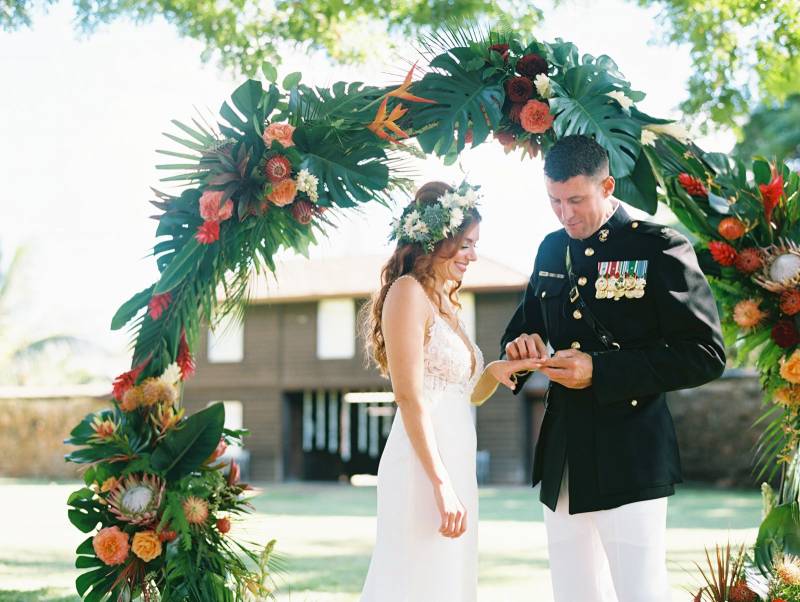